Fern House had a surprise visit with The Felix Project 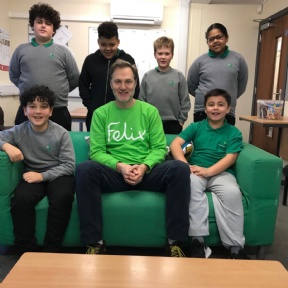 A welcome visit from David Morrissey

Fern House had an extra special delivery on Thursday 20th December when the Felix Project came. Not only did they bring us our normal, wonderful, selection of foods and drinks but they also dropped off English actor David Morrissey!

David is famous for his roles in The Walking Dead, Dr Who, The Water Horse and many more TV series and films.

David is a huge advocate of The Felix Project and often supports them by helping with deliveries. Fern House were lucky that he chose to come to us with a delivery and talk about his acting career, as well as The Felix Project.

Our Pupil Parliament spent some time with David, asking him questions about his career, his time on set of The Walking Dead, his famous friends and how he is involved in the Felix Project.

Thank you so much David and we hope to see you again in the very near future.